An Enigma in New York: Mystery, crime and fantasy through the streets of the Big Apple. Do you dare to go through them? 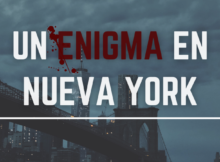 FIVE YOUNG PEOPLE, A CRIME AND A GREAT ENIGMA. THE ONLY WAY TO RECOVER THEIR FORMER LIVES WILL BE TO SOLVE IT. WILL THEY BE ABLE TO DO IT?

Night falls upon New York. Five young people who do not know each other and with very different lives are the only witnesses to a terrible crime in the middle of the street, which will change their lives forever.

Through a mysterious and ancient manuscript, they must follow a series of clues related to various cultures such as Egyptian or Chinese, among others, hidden throughout the city for decades. Only then will they be able to discover the great enigma behind it and the reason for the crime they witnessed.

However, they are not the only ones who want to solve the New York mystery, as a dangerous criminal gang is stalking them, trying to get their hands on the manuscript at any cost, no matter what they have to do to get it. Who will make it to the end? And what secrets does this old book hold to be so highly coveted?

Immerse yourself in the streets of New York and travel through Manhattan, Brooklyn, Harlem, Tribeca, the Upper West Side, Greenwich Village or the Bronx (with its real places), hand in hand with a young and promising financier, a tenacious Criminology student or a tireless home delivery man, among others, and join them in a thrilling adventure full of mystery and crime with a subtle dose of fantasy.

Gerald, Sarah, Gabriel, Lily and Landon‘s only mistake was being in the wrong place at the wrong time. What will be their uncertain fate now?

An Enigma in New York is a mystery and crime novel with a little touch of fantasy that meets the conditions to reach a young and more adult audience.

In it you can discover mysteries and secrets of New York, walk the streets of the Big Apple with their locations and real places, such as the oldest store that exists in Chinatown or the last vestiges of the Dutch settlers that still persist in the city. Curiosities such as what was Wall Street in the past or what was the main nationality of the immigrants who arrived in New York at the beginning of the 20th century will also be answered.

All this is included in a mystery novel where there is no lack of crime and where a great enigma must be solved, the great enigma of New York City.﻿

GET YOUR HANDS ON IT AND DISCOVER THE ENIGMA!

Will you be able to discover, through the various clues and riddles, the secret hidden under the old manuscript to bring to light the great enigma of New York? Do not stay without knowing the answers to all your questions while you know curiosities and real secrets of the city that never sleeps, we put New York uncovered with this novel of mystery and intrigue. Will you be able to solve the riddle? 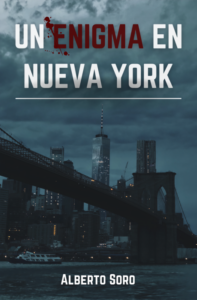